The Australian Working Holiday Visa Is One Popular Way To Travel Continuously! If You Work On A Farm Or In Rural Areas Of Australia Then You Can Even Get A Visa Extension. Australia Can Be A Great Place To Save Money And It’s A Great Country To Explore. But Farm Work Is Hard. Really Hard.

Here’s What It’s Like To Work On A Strawberry Farm In Australia, Fruit Picking For 3 Months!

Would You Give This Job A Go?!

I arrived on the farm late in the day, after a 5 hour drive south from the state capital Perth.

The fields were empty as I drove past along the gravel, dirt road, the strawberries had already been picked earlier in the day.

I’d spoken to the farmer a few days before. I’d sent him my CV and he’d responded with an email simply saying: ‘Aren’t you a bit overqualified for strawberry picking?’

Like I imagine so many other backpackers before me had also replied, I said that I wanted the elusive second year visa for Australia, and fruit picking was one way to do that. 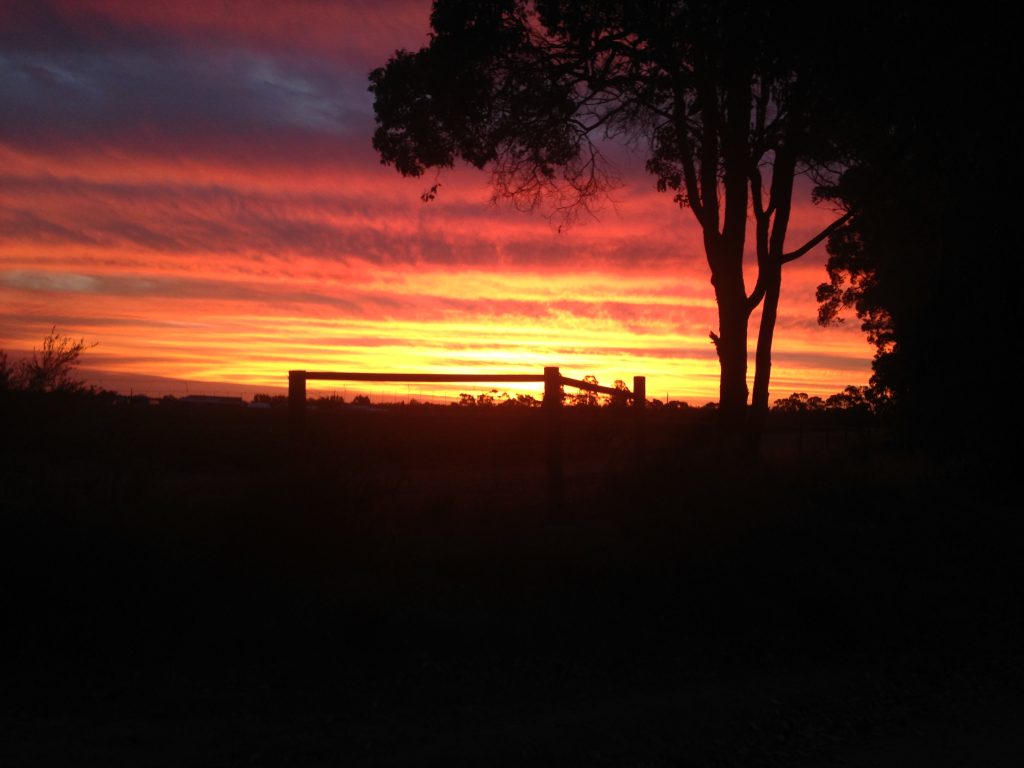 Farms Have Great Sunsets, On The Plus Side!

The farmer emailed back later, all he said was: ‘Well, I’ll give you a go…’

Australia has huge tracts of farmland, it’s a vast country, but there’s a real shortage of workers on the farms.

There’s many reasons for that, but bluntly put the work is hard, underpaid and usually in the middle of nowhere. So it’s not hard to see why locals would rather do something easier. And why not.

One ingenious scheme to fill the jobs and to get the fields picked, is to encourage backpackers on the working holiday visa to work in ‘Regional’ areas, or in specified industries. These are jobs that need filling, usually in agriculture and usually very ‘regional’, and the reward for 88 days of hard labour is a visa extension, a second year in Australia.  (Click On The Link To Find Out More About The Working Holiday Visa!)

I was soon to find out just how long 88 days of fruit picking would be when I rocked up to the Amuri Creek Strawberry Farm in the month of November, just as the height of the Australian summer was beginning.

The workers, a mixture of backpackers and refugees from Pakistan and Afghanistan, had been toiling in the fields picking strawberries from 5 that morning. Then they had packed those strawberries, ready for distribution, in a  stuffy packing shed once the fields had been stripped of all the fruit.

It was a long day, with few breaks, and all of it was paid for on a ‘piece rate’ basis. The more strawberries you picked, and the more you packed, the more money you earned.

I’d heard from other backpackers that piece rate work should be avoided at all costs, I’d heard stories of backpackers working 12 hour days, picking apples, or pears- all manner of fruit- only to be paid $30 or $40 at the end of the shift.

This seemed to be a dubious scheme at best, when the minimum wage in Australia is actually around the $20 per hour mark. 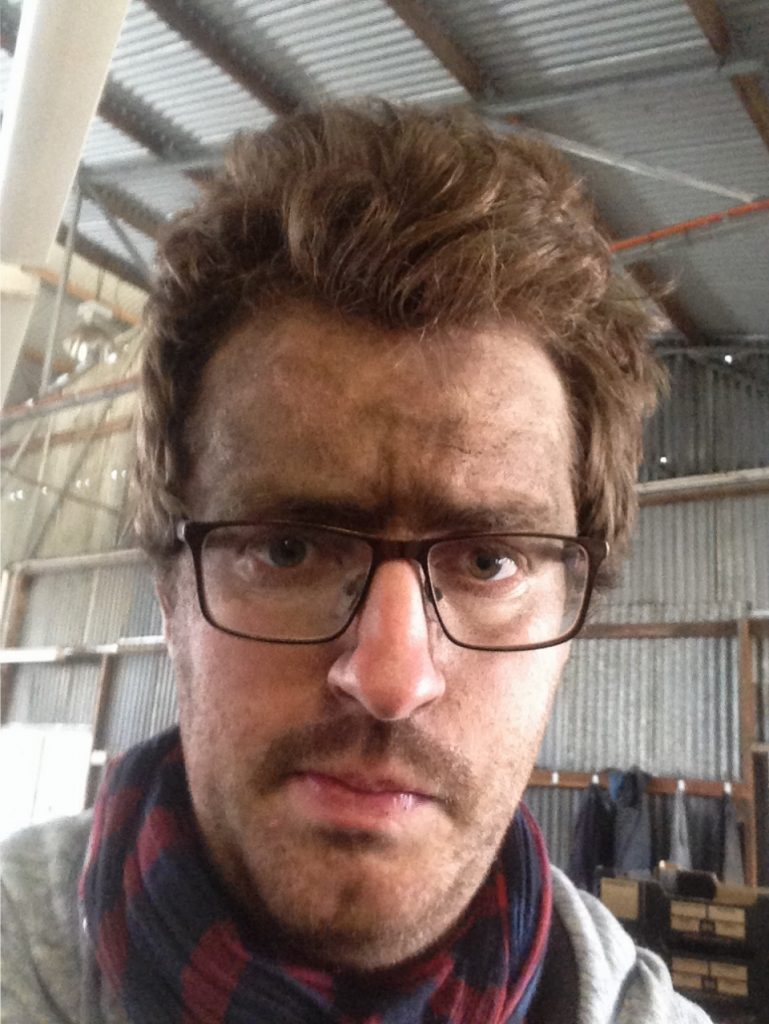 Just Another Day In The Field…

It certainly wasn’t my preferred choice, but with more backpackers than ever in Australia, and less farm work to secure that second year visa extension, I didn’t have much choice other than to give it a go. Over the next few weeks I would really be earning my dollars, and, as I reasoned, at least it would be a challenge. One of those character building experiences as they say…

The next morning, as I lined up in the strawberry field at 5am, I would find out very quickly that this was much harder than I’d ever imagined.

I was given a crash course in strawberry picking by Hassan, an Afghani who’d made Mount Barker- the small town near the farm- his home after leaving Afghanistan years ago.

He’d worked these fields season after season, and now he’d risen to the rank of supervisor. I quickly found from Hassan that there was much more to this strawberry picking business than I’d anticipated. It wasn’t going to be the jolly jaunt along the fruit fields I’d hoped for.

The colour of the fruit picked had to be a perfect shade of red.

Hassan would shout out- ‘No Green, Please!’- throughout the day.

I was given a tray, and I set off down the row of strawberry plants after my crash course.

I Almost Filled A Tray

After an hour of picking, I almost filled a tray.

All around me though, the experienced guys had already picked row after row.

I looked pitifully at my own tray.

The rate per tray would change daily based on quantities, hours worked and market forces, but I knew that my work this day would only net me a few dollars. Well below the minimum wage. And already my back was in agony, my face was sunburned to a crisp and Hassan was pulling out strawberries from my tray which were too green to be sold.

5 hours of picking later and I’d only managed to pick a meagre 10 trays, but all the rows in the fields were empty.

The farm employed a group of hard, hard workers from Afghanistan and Pakistan, who like Hassan had made Australia their home.

Most of these guys were refugees who’d left their family behind, and from Day 1 I saw how hard they worked. They would return season after season, and in the time it had taken me to pick 10 trays, these guys were on nearer 100. Even if the rate was only $2 a tray, it would be a good day for them.

Drenched in sweat and aching from muscles I didn’t even know I had, there was a short break before the next part of the job began. All the strawberries just picked, now had to be packed away into boxes, ready to be shipped out to supermarkets and shops to be sold to the strawberry hungry public.

The picking had been exhausting, but now I had to stand and pack tray after tray of strawberries into little plastic boxes while my back ached and ‘graders’ at the end of the conveyor belt judged each box, sending back any that didn’t cut it. It seemed there was an art to this as well.

Another 5 hours later, and I had emptied only a few trays of strawberries, while around me the experienced workers had stacks of empty trays piled high next to them.

At the end of my first day in the strawberry fields, I calculated that I couldn’t have made much more than $50 in total for 10 hour’s of work.

I fell asleep instantly in the little prefabricated cabin that was to be my new home, wondering how I would survive a further 87 days.

Before I knew it, my alarm was going off.

It was time to pick strawberries again. 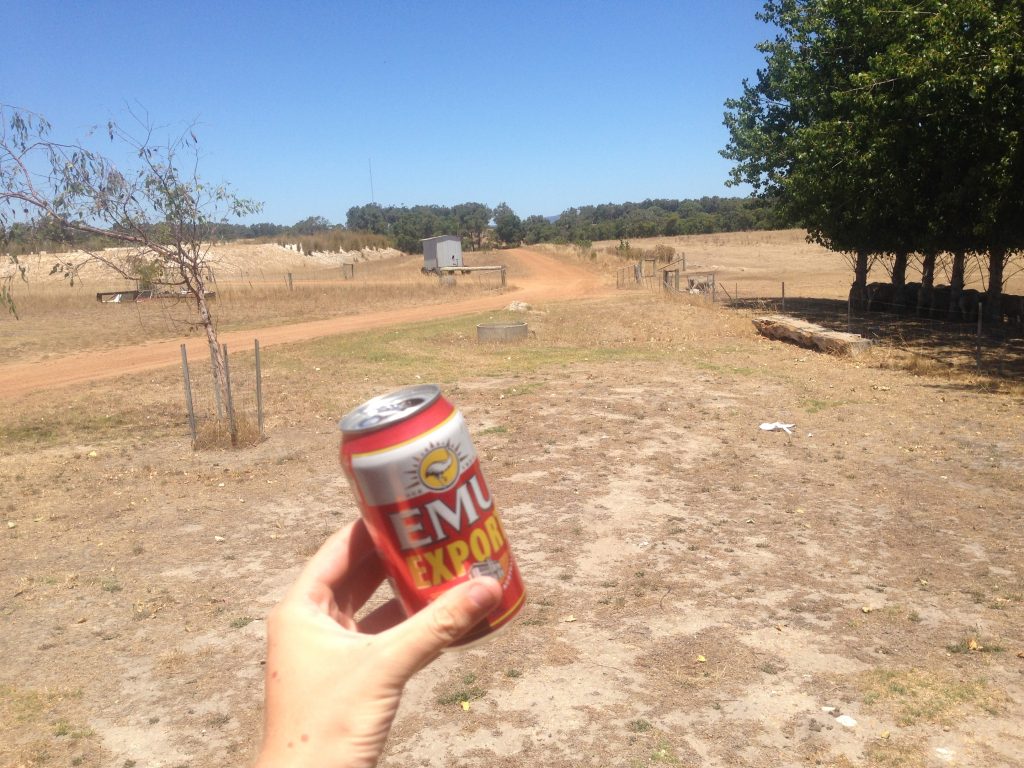 The Next Day Was As Bad As The First

The days after just got worse and worse.

Some French backpackers who’d started the same day as me left after only 4 days.

I could barely walk, and I limped down every row each day while others just left. Most backpackers had never had to do such physically demanding work before, I never had, and some just didn’t think it was worth the pain. I persevered though, more out of pride than anything else.

The Afghans kept saying it would get easier

I didn’t believe them, after two weeks my back was in constant agony, but strangely, carrying on through the pain, it did get easier. My body adjusted to the routine, I rose with the sun and went to sleep with the sun each day. I was out of shape when I arrived on the farm, but even just a few weeks in and I was getting used to the physical aspect. I began to enjoy working outside- for the first time in my life really- and I began to enjoy the challenge I’d embarked upon.

I picked more and more strawberries, and everyday was an improvement.

I was, despite my aching limbs, beginning to make minimum wage.

Those that stayed and persevered banded together during the long days, working together, then cooking together, and drinking together in the evenings. From all over the world, five or six languages were shouted in the fields.

I never got the hang of the packing, but Hassan, seeing this, offered me a job early on as a grader, inspecting the packed strawberries at the end of the conveyor belt, and this was paid at a generous hourly rate, rather than the piece rate. Soon I was earning well above minimum wage, spending almost nothing except on the weekly beer and pasta supplies, and slowly I was ticking off my farm days, one by one. 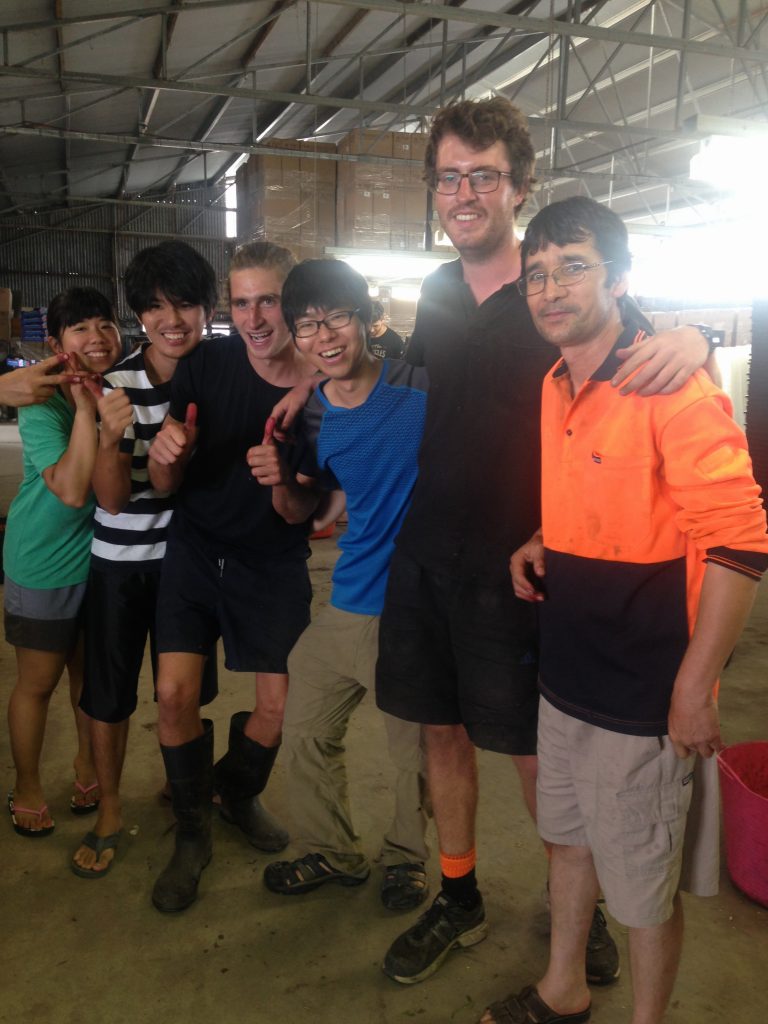 In The Packing Shed

90 Days Of Fruit Picking In Australia

In the peak season the strawberries had to be picked daily, and I regularly found myself working for 2 weeks at a time before any day off. Halfway through though, the strawberries began to lessen in quantity and the working day was shortened. I’d be up with the sun, picking strawberries until midday, with the sunny afternoon free to go hiking, swimming at the beaches, drinking, to have BBQ’s. 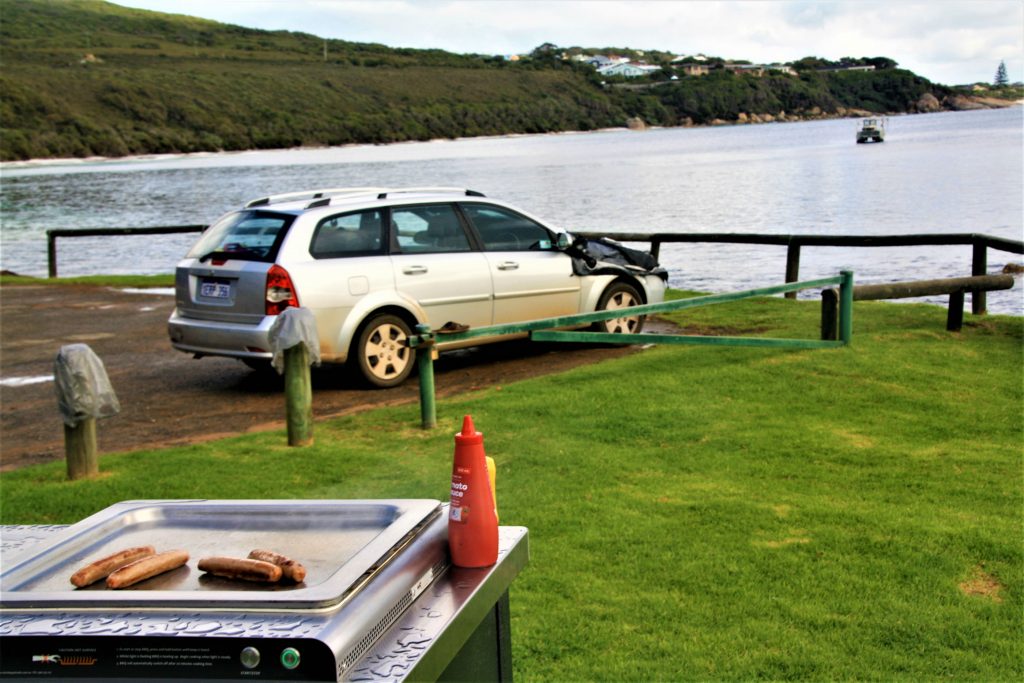 BBQ By The Ocean! What More Could You Want From Life?

I’d grown stronger, fitter, and now I had time too to enjoy the beautiful South West of Australia in summer time.

I left the farm after 90 days of work. More than the 88 days I needed, and more than I ever imagined I’d make it through.

I’d saved money, I could travel again, I could stay in Australia for another year now if I wanted to, and most importantly, I’d persevered.

Have you worked on a farm in Australia? Did you have a good experience or did you hate it? Let us know in the comments below!

Remember to check out my website, www.travel-tramp.com for awesome off the beaten track destinations and adventures from the road!