Yes, of course we saw all the incredible, Instagram worthy places; places like Kayangan Lake and Twin Lagoons, the places that really made Coron famous. But we wanted to get off the beaten track too, to go where few tourists had ever been before, and SUP Central Tours and Red Carabao were there to show us the way.

Disclaimer: SUP Central Tours and Red Carabao provided Travel Continuously with a complimentary island hopping trip, however all opinions in the article below are that of the author. 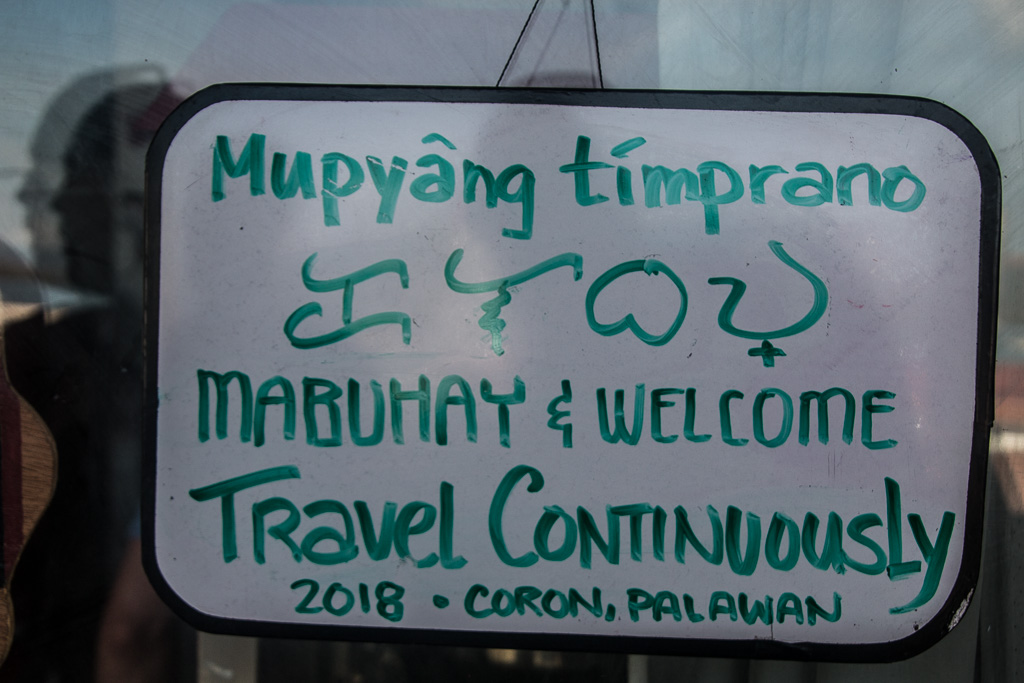 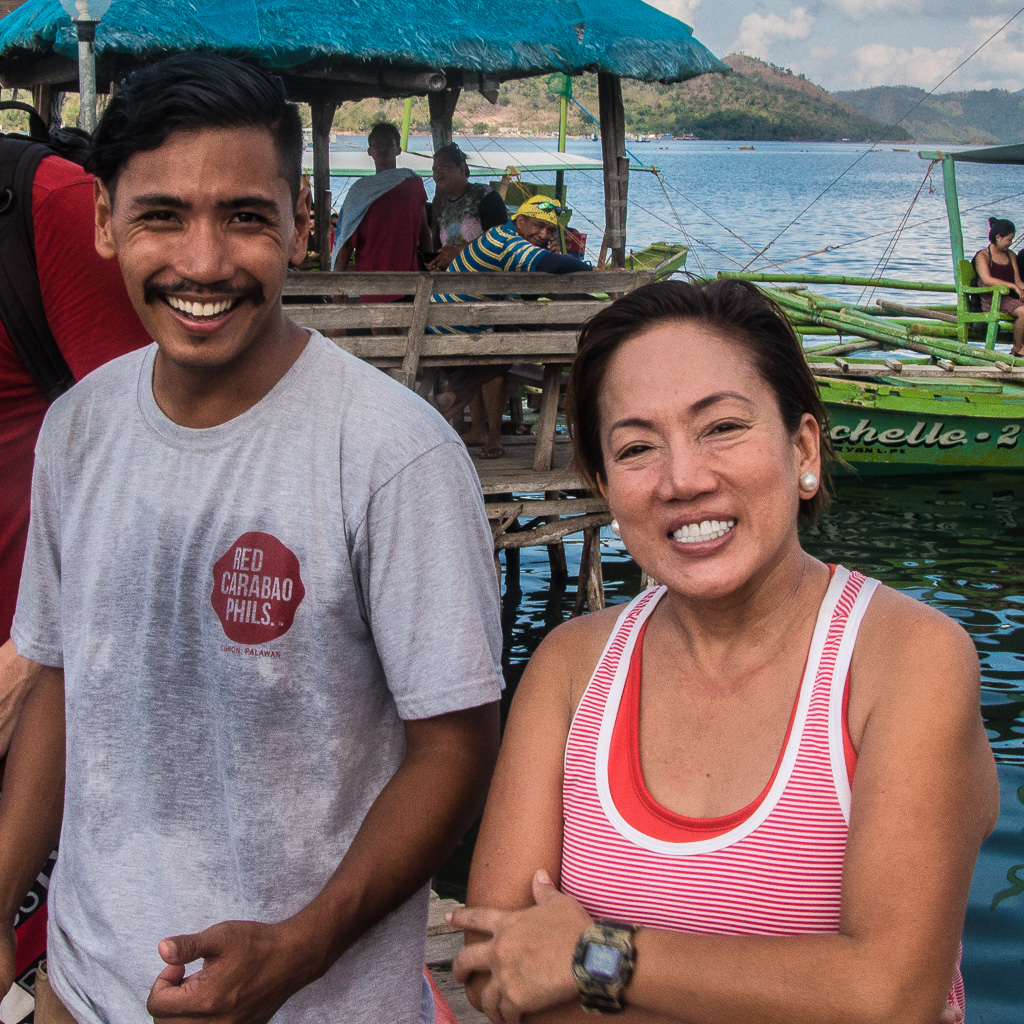 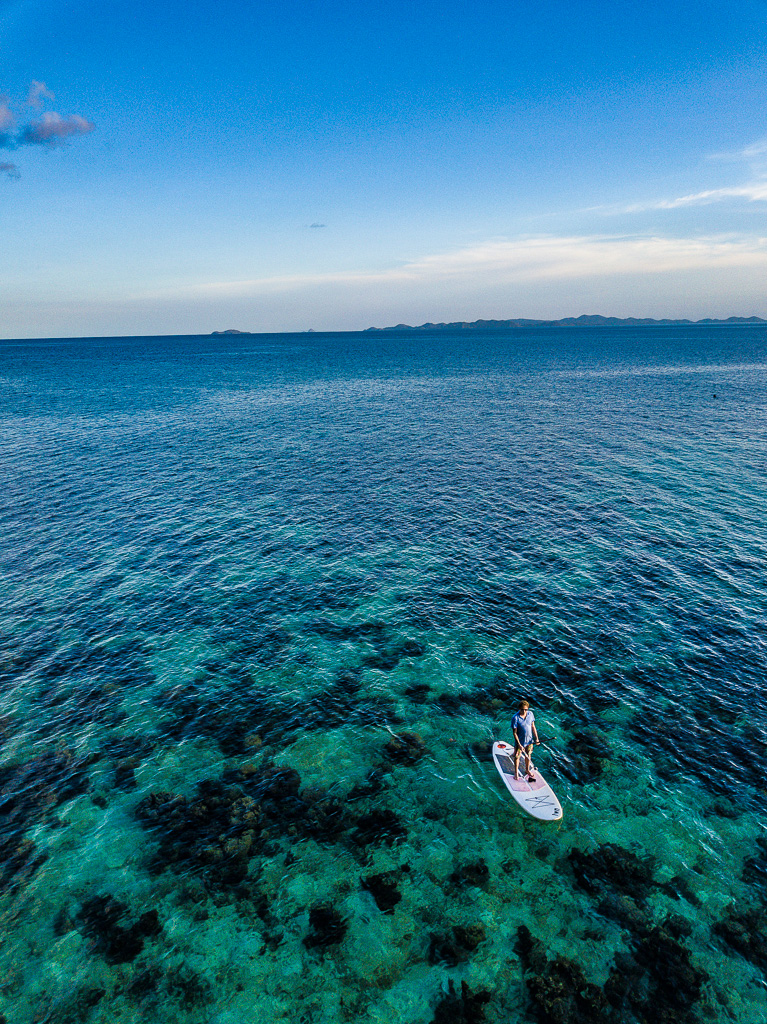 SUP Central Tours are a locally owned and run Stand Up Paddle Boarding company. That’s the SUP in the name. They run eco friendly tours from island to island, and intriguingly, they lease their own island from the local Tagbanua, the indigenous people of Coron who have ancestral domain over the land.

When they said that we could learn how to paddle board and we could have our own island for the morning, we were on board right away.

Red Carabao are another locally run company, and they teamed up with SUP Central Tours to take our group of bloggers out on their expedition boat to not only paddle board but to actually meet with the locals who have called Coron home for thousands of years; they are the Tagbanua people I was just talking about, and Red Carabao are working hard to help Coron’s real locals get involved in the huge tourism boom that could easily leave them behind. 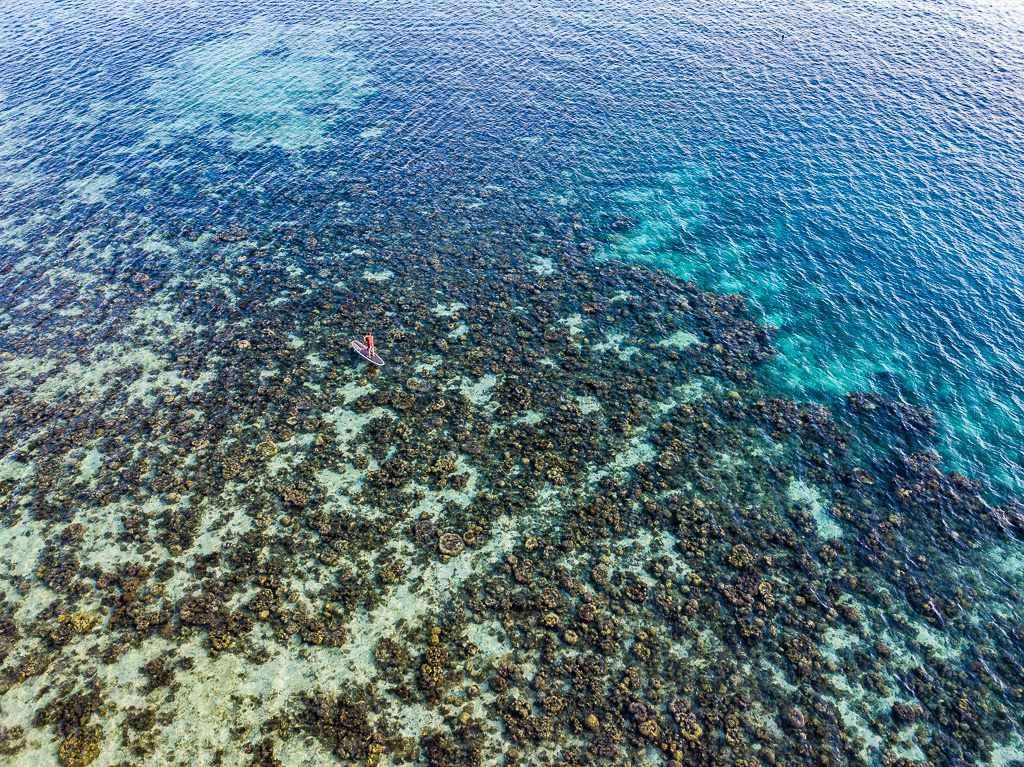 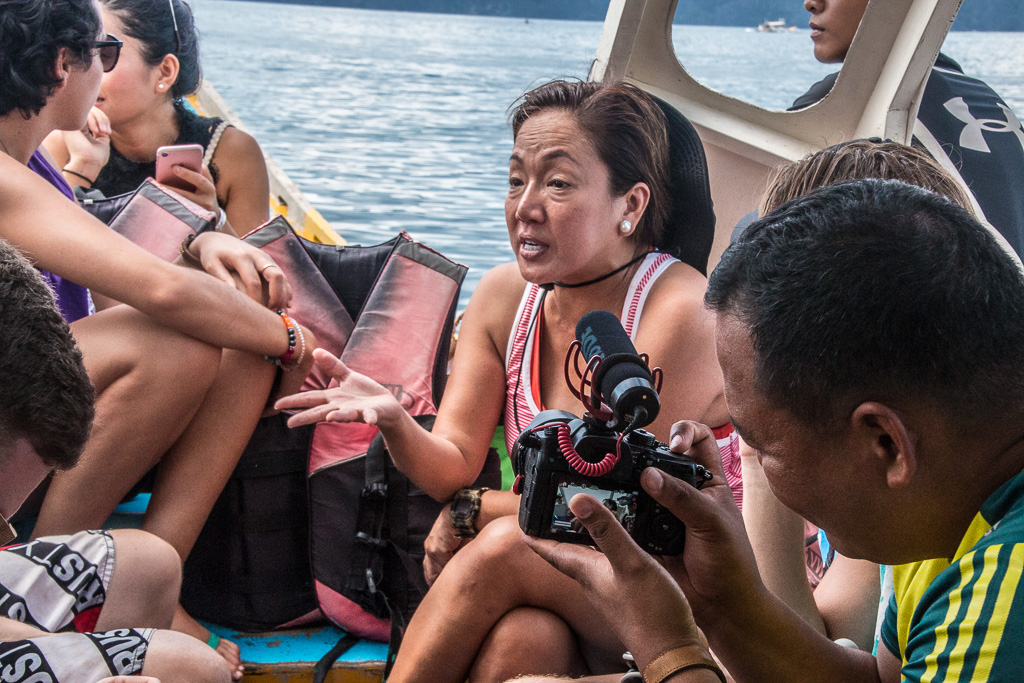 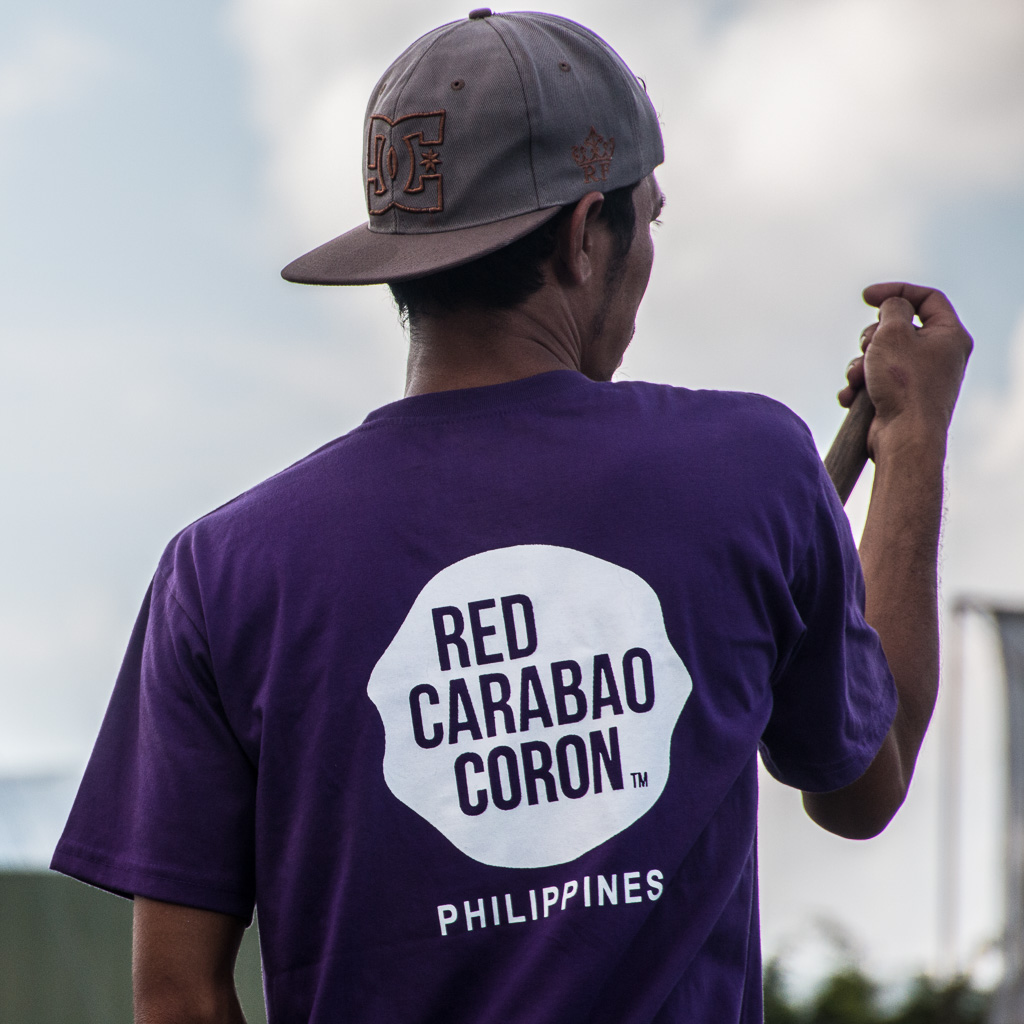 This island hopping tour was different, and we travelled far out past the standard destinations towards an island known as Isla Cueva. This was SUP Central Tour’s territory, and the beach here is beautiful, sandy and almost untouched. Very few tourists visit this island.

The name comes from the fact that there is a huge, gaping cave at the top of the island’s peak. This is the Cueva. And I can tell you, it is not an easy hike to reach this cave.

Before we set off paddle boarding, a few local guides led us up to the top of the peak, to see the cave for ourselves. Being some of the first people to visit this island however, meant that the path upwards was rough, essentially non existent, and almost vertical. 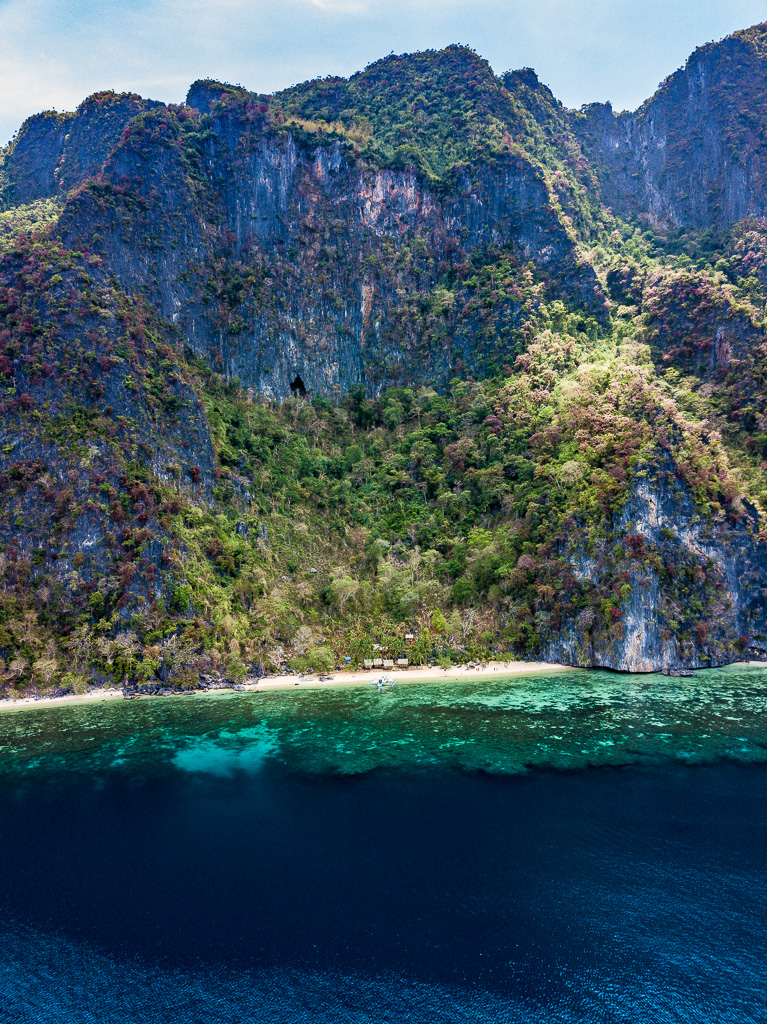 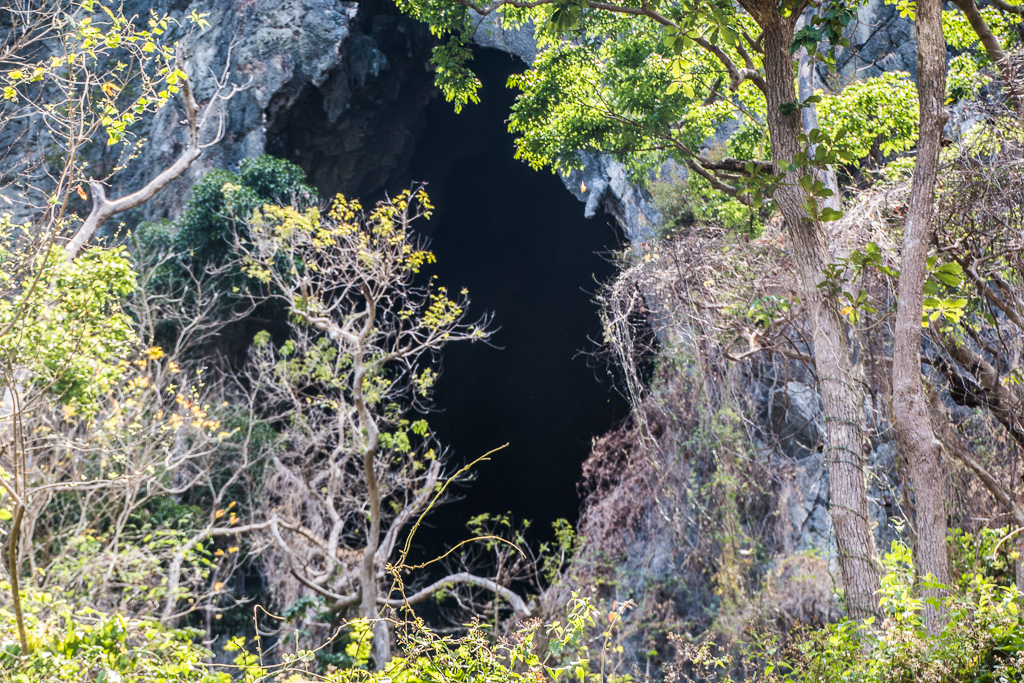 The Hike From Hell

The local guides ran ahead of us, barely breaking a sweat as we struggled to make our way to the top. The rocks were sharp, the ground was dusty, dirty and jagged and the elevation was almost vertical.

It was a long slog to the top, but the view from the cave was exceptional.

Getting back down was a long arduous trek, and one by one we emerged back onto the beach, filthy and covered in dirt, mud, sweat and blood. 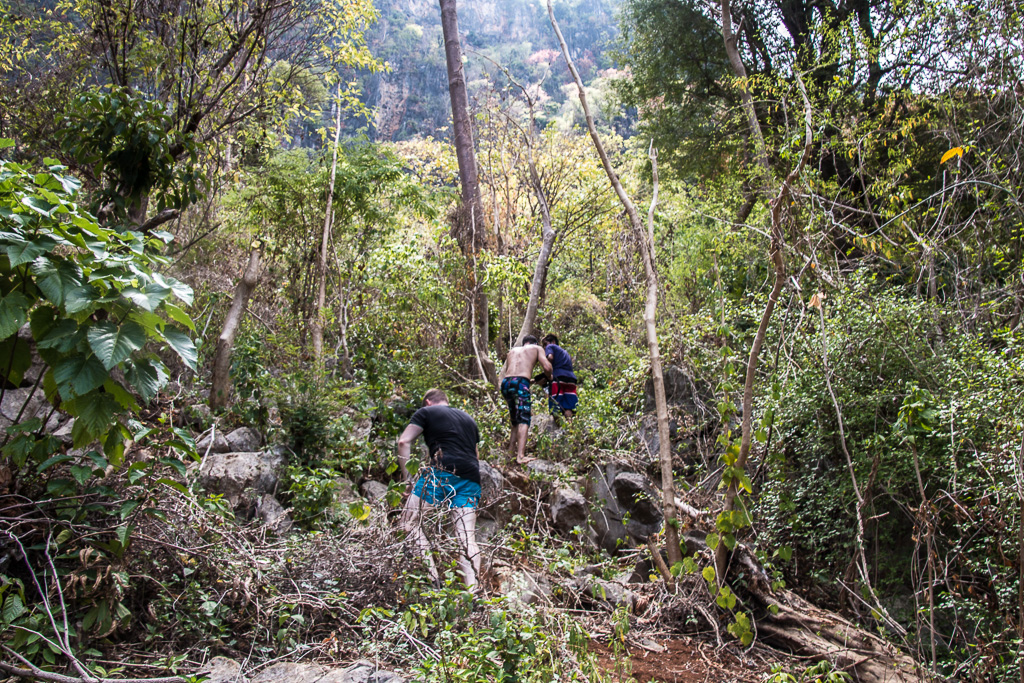 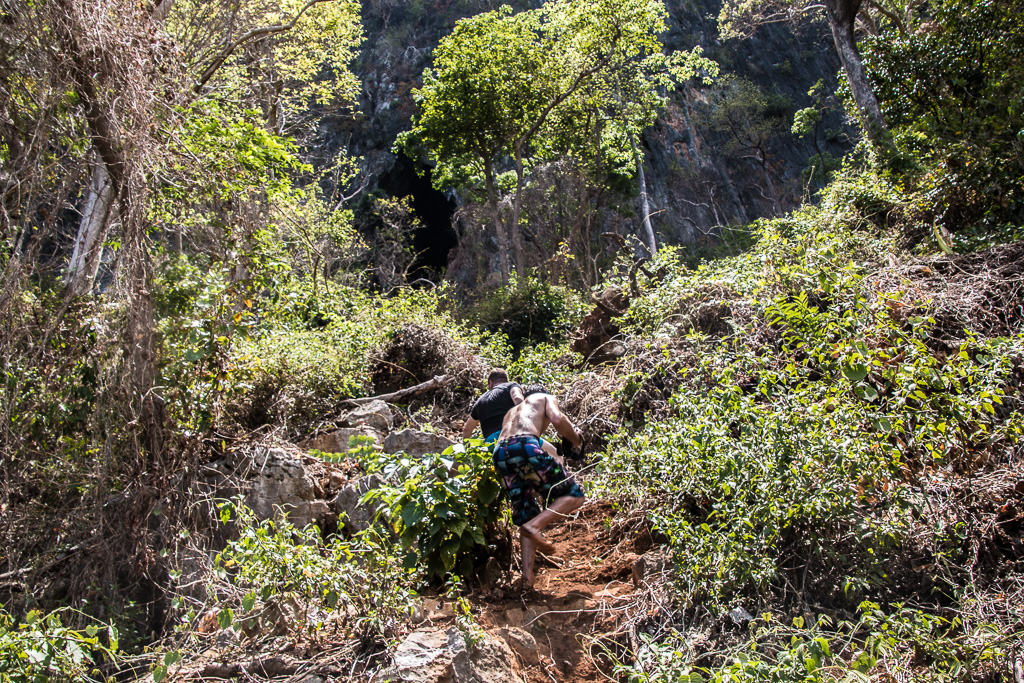 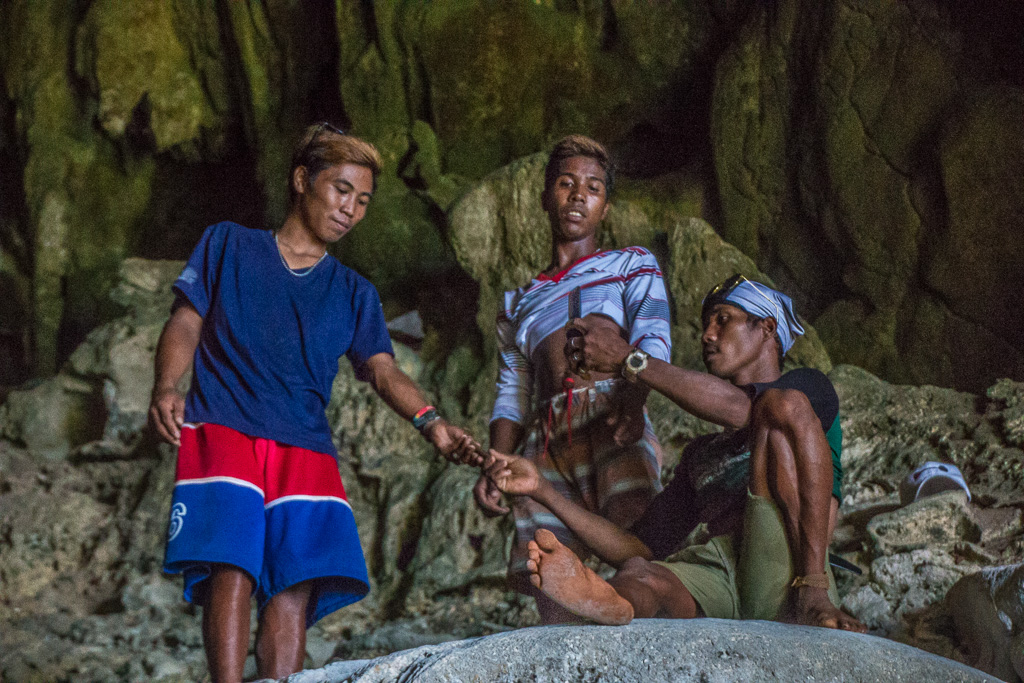 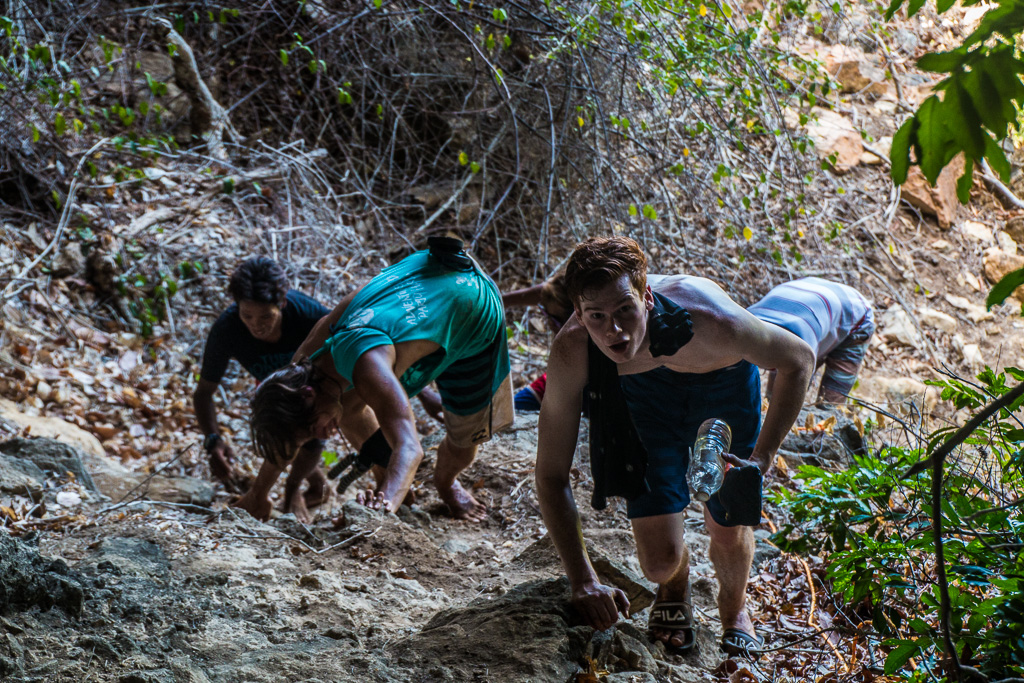 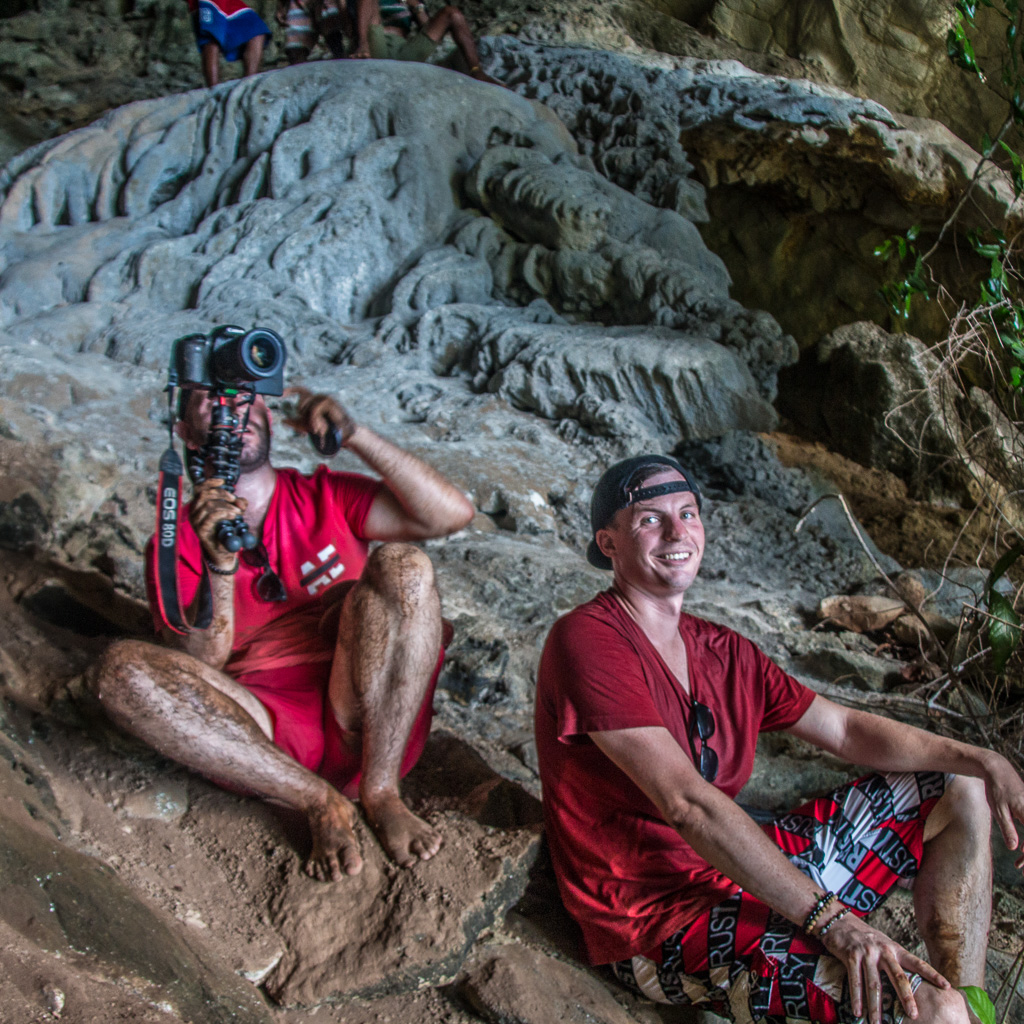 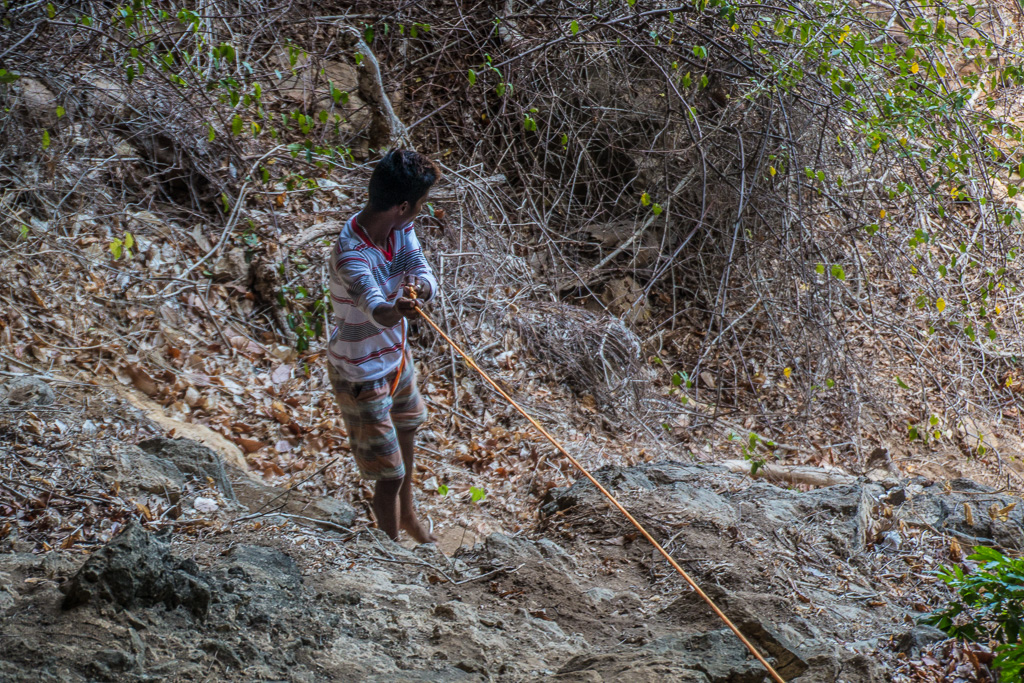 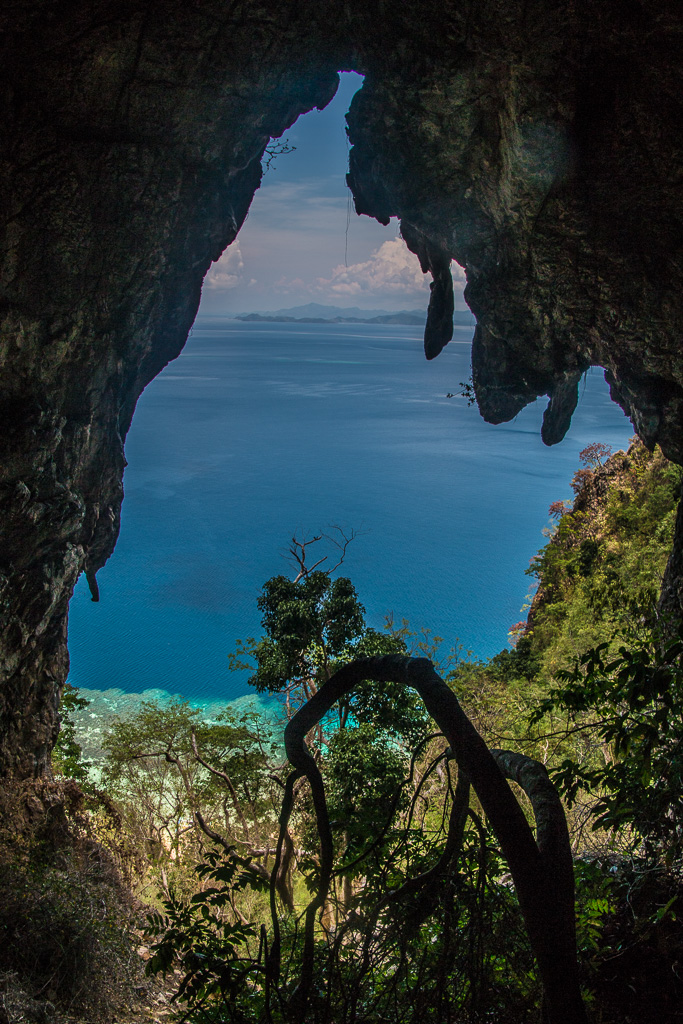 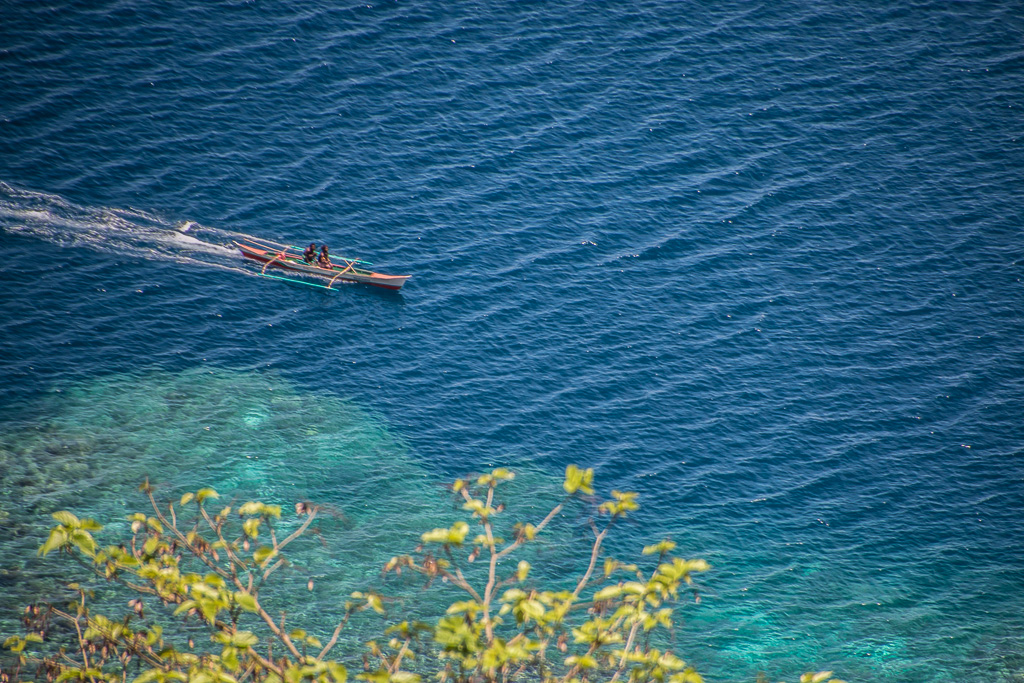 The SUP Central crew had prepared a BBQ feast for us while we were crawling up and down the mountain to the cave, and arrayed before us on the beach was the most wonderful sight imaginable after the intense climb.

This was a Boodle Fight, a traditional Filipino style of eating, where the rice, chicken, vegetables, prawns and fish were all laid out on the table, and the group simply fight over the food with their bare hands. 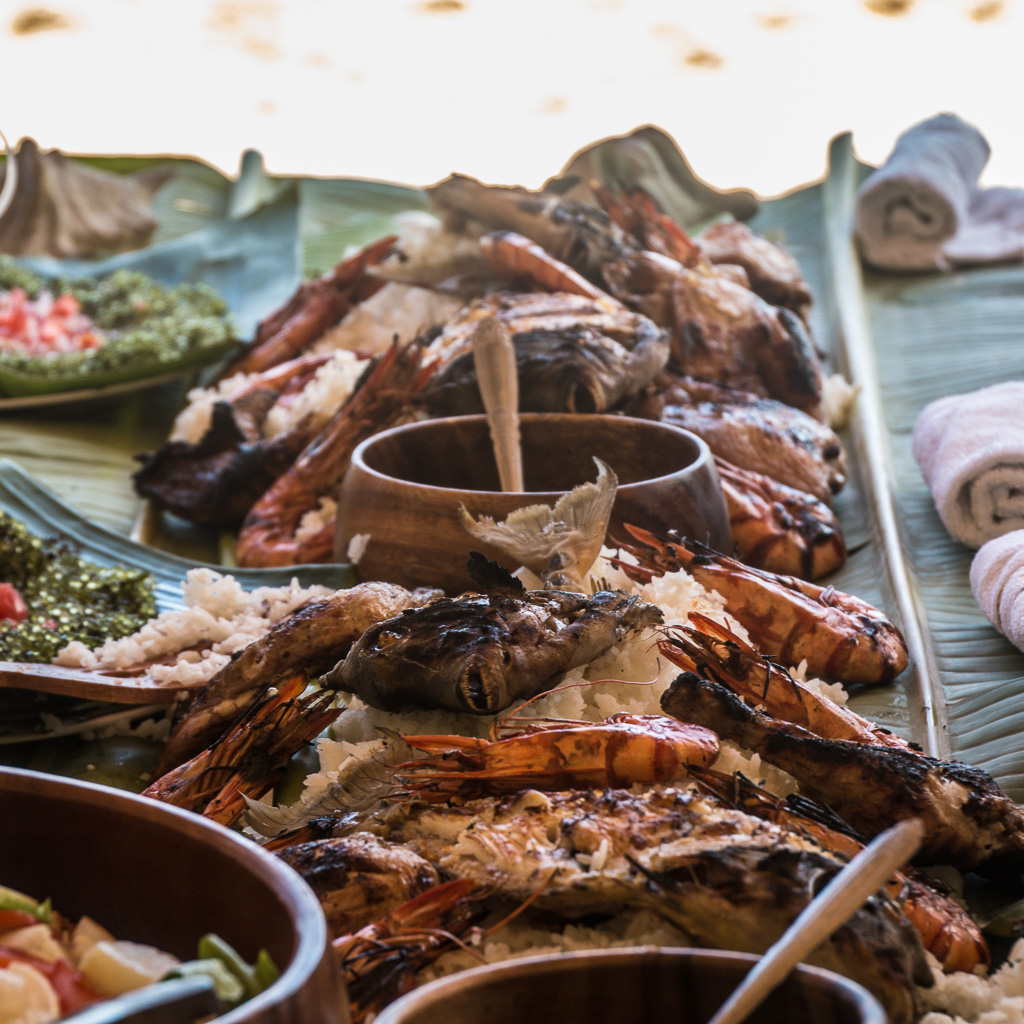 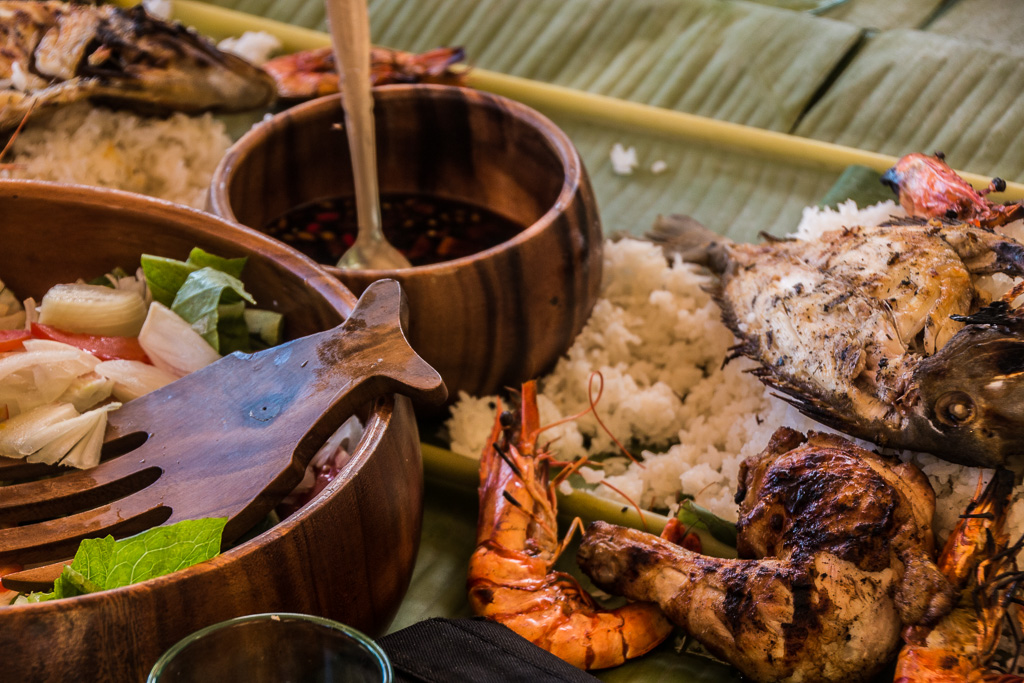 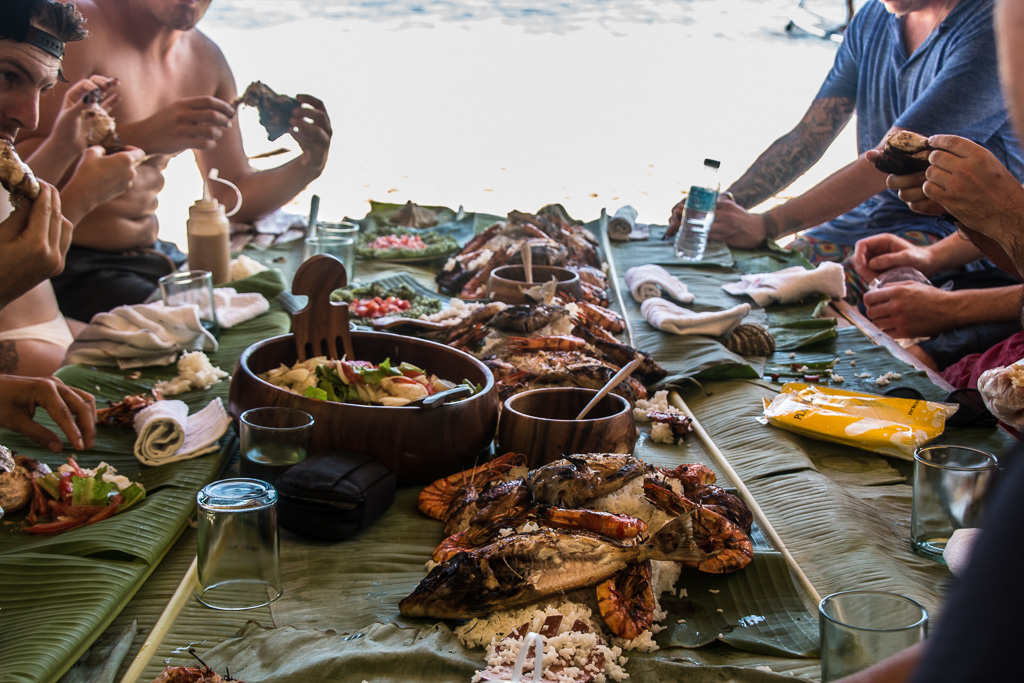 Once the food had settled and the war wounds from the hike had begun to heal, it was time to paddle board. SUP Central Tours took half the Travel Continuously Crew out onto the water, while the other half clambered aboard the boat to watch with amusement as the first time paddle boarders struggled in the water.

Our next destination was Camp Carabao, an indigenous beach where we were going to meet with the local people who have called this island home for thousands of years.

We travelled out across the water, the boat following the paddle boards and drones flying high in the sky.

It was an epic journey between the beaches, in a part of Coron that few people ever see.

Camp Carabao was an enlightening experience for everyone, but the story of the local Tagbanua people is a story for the next article on Travel Continuously. 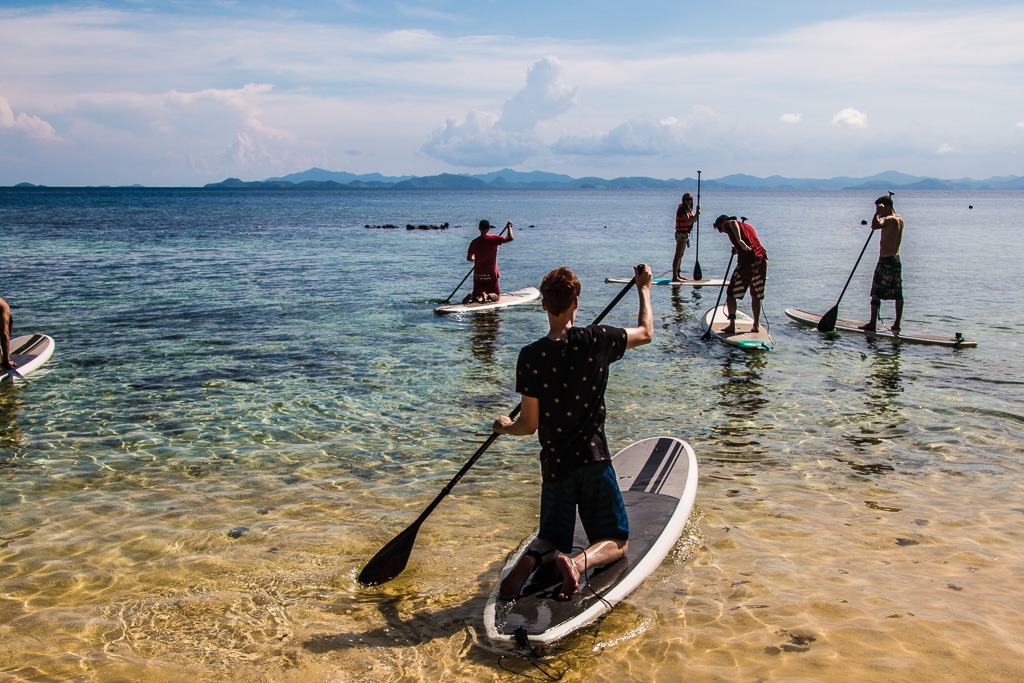 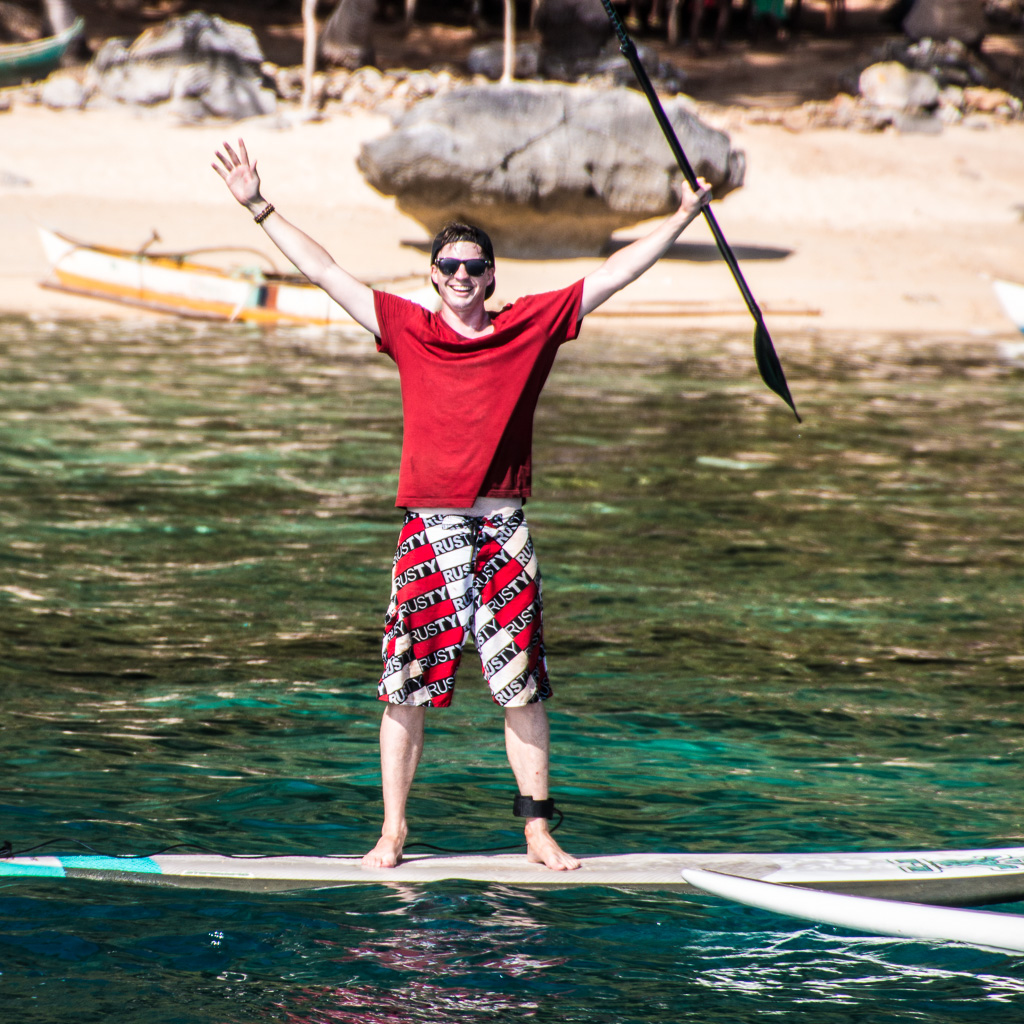 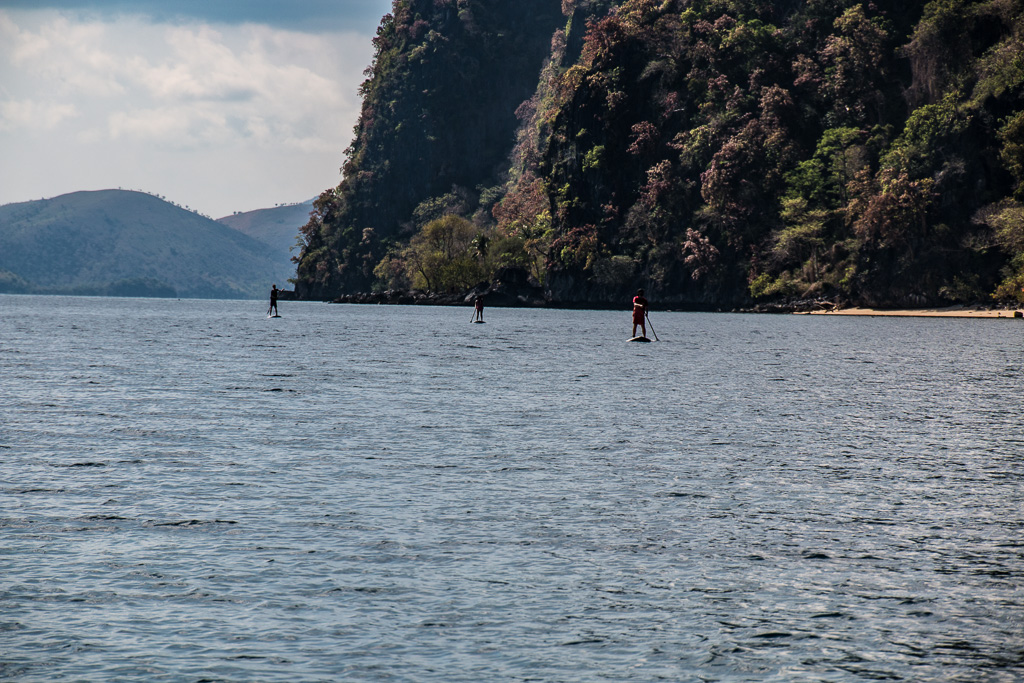 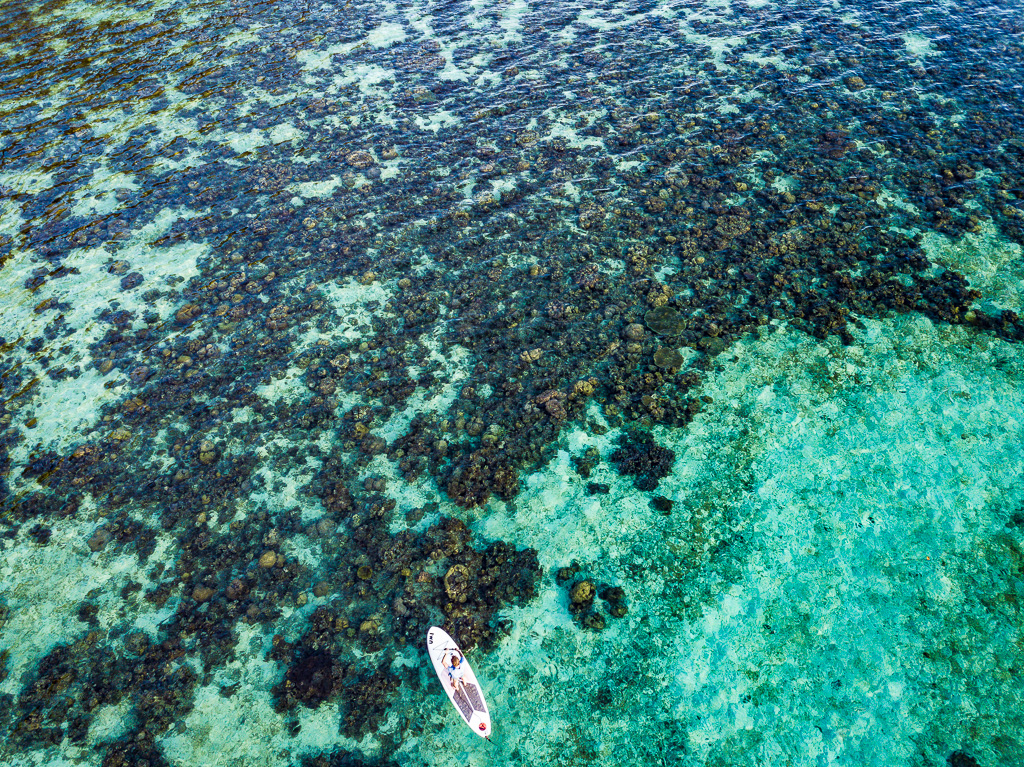 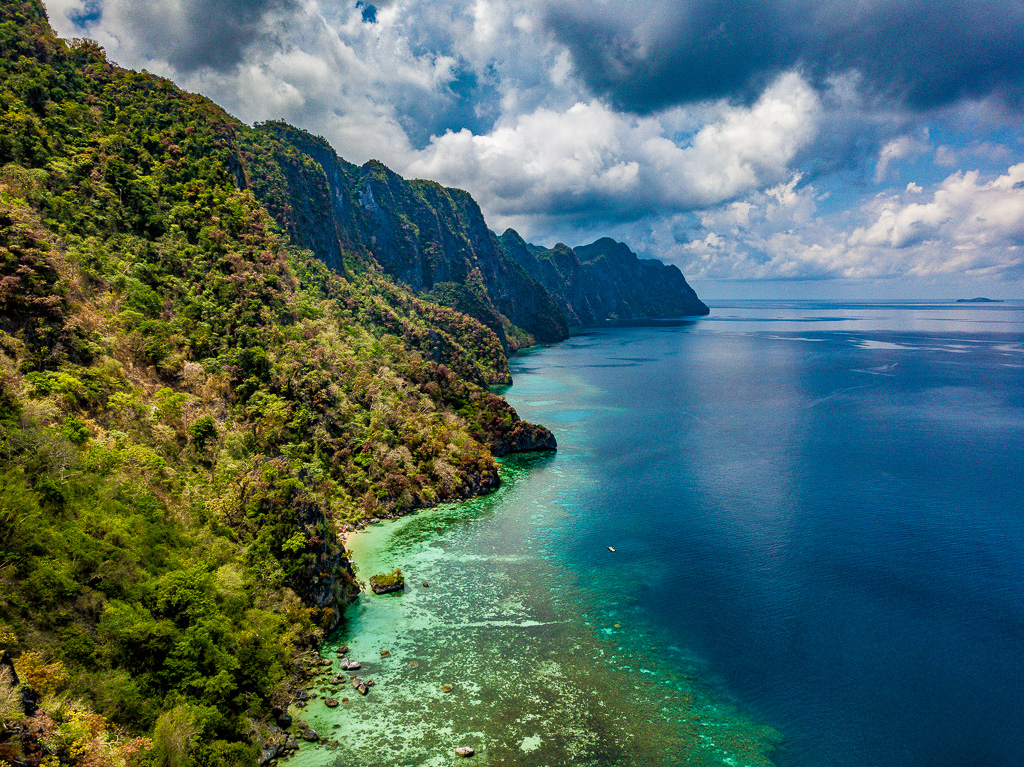 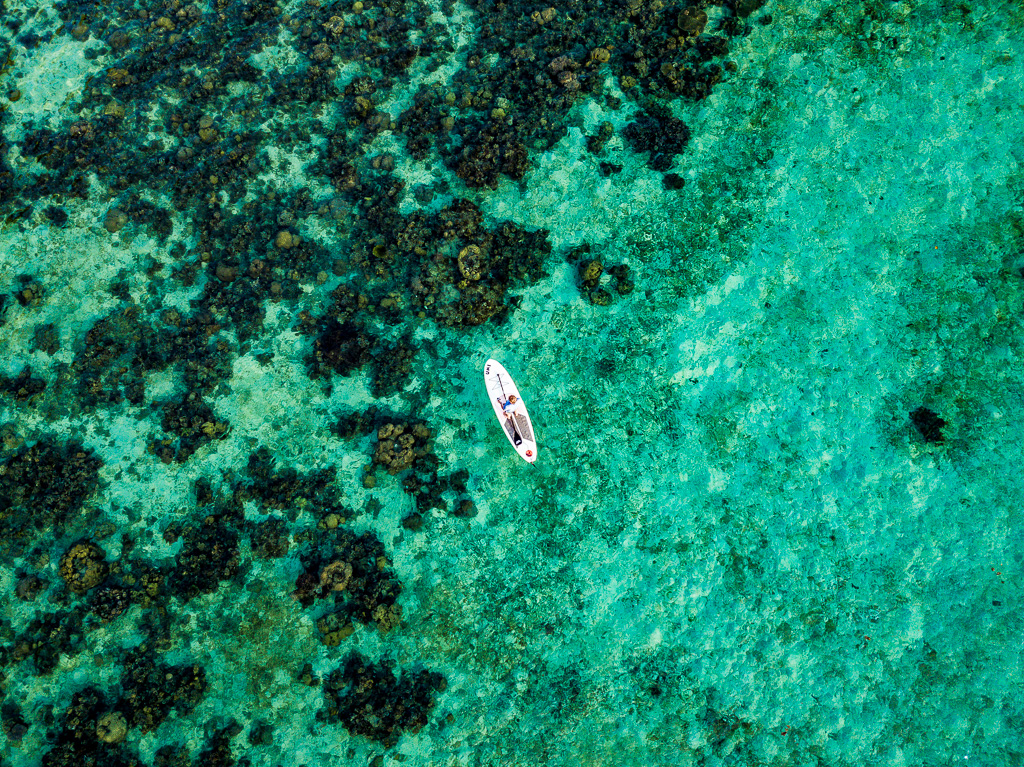 Disclaimer: SUP Central Tours and Red Carabao provided Travel Continuously with a complimentary island hopping trip, however all opinions are that of the author.

1 thought on “Paddle Boards And Cave Hikes In Coron”